In SPEKTRUM*objekt18(portrait), Katrin Kamrau presents colour schemes from the technical manual Fotograferen voor iedereen (1992) and its English original edition The Joy of Photography (1980). Such a set can be used as a comparator in producing colour prints, in order to achieve as neutral an outcome as possible in the image’s colouration. The authors of the publication characterise the ideal reference image in the original English-language edition as »Normal«.“ The Dutch and German-language versions contain the misleading terms »Normaal« and »NORMAL«.
„In the conjunction of physiognomically identical representations, the artist shifts the search for the impeccable colour print onto our social perception of ourselves and of others, which is fundamentally influenced by standardised advertising images. SPEKTRUM*objekt18(portrait) demonstrates that the putative faith in photography as documenting reality authentically is a deception. It is precisely by means of technical post-production that shots are falsified and modified with an eye to the background of the viewers being addressed. An image defined as normal is a created construct and hence does not exist as a state of being”. — Juliane Schickedanz, Bielefelder Kunstverein

SPEKTRUM*objekt18(portrait)II is based on the schematic representation of a color chart used in the 1980 edition of The Joy of Photography publication by Eastman Kodak Company. In this publication, the models as well as the photographer remain unknown. 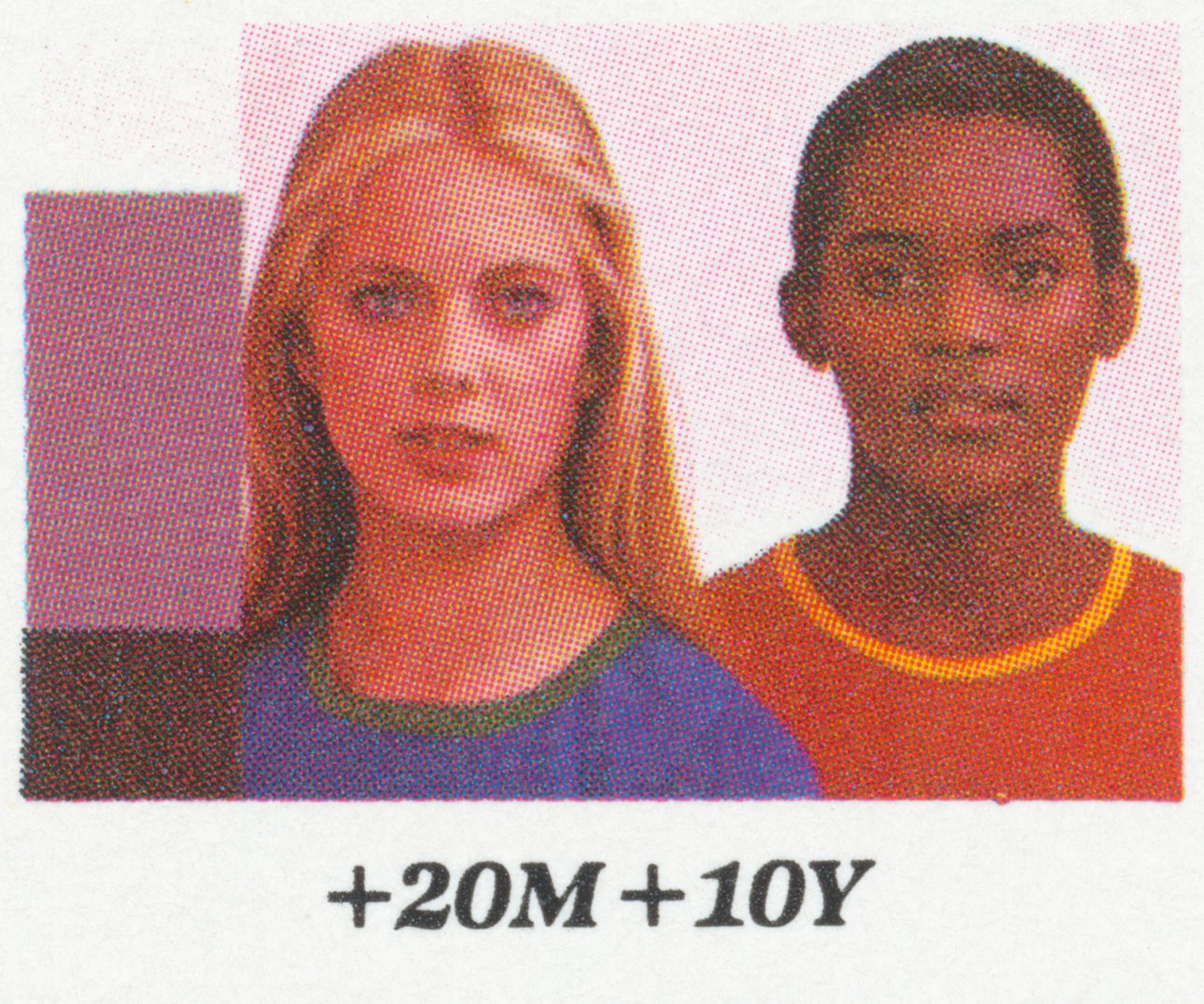 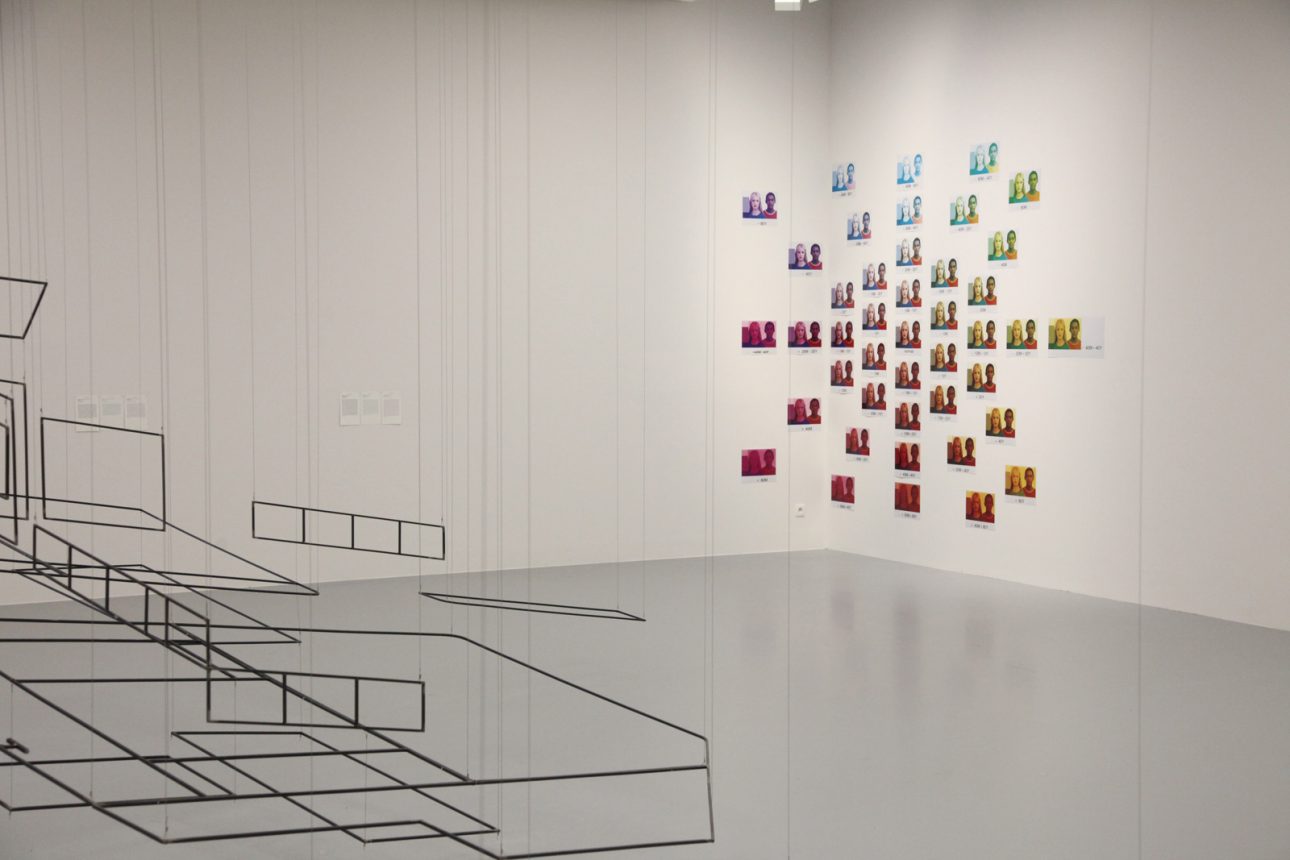 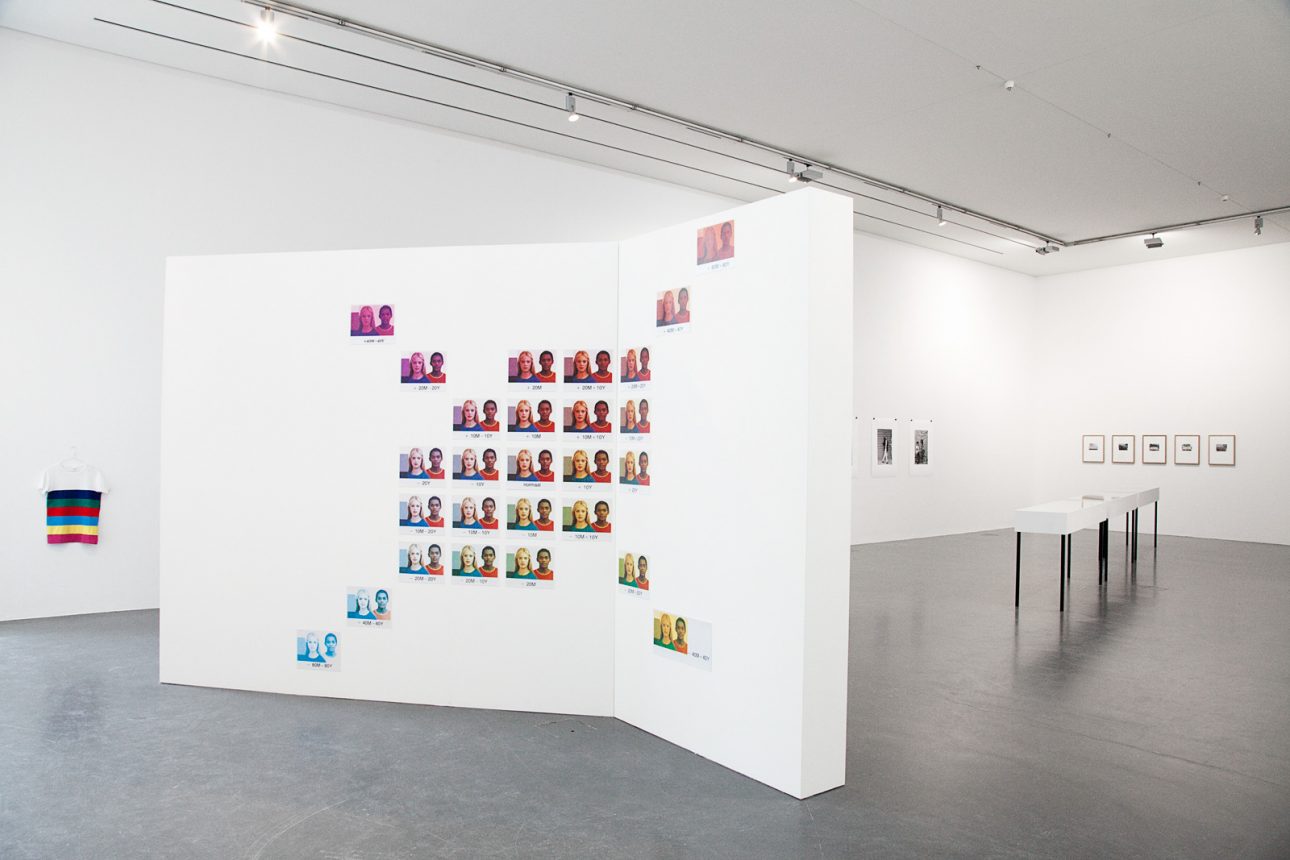 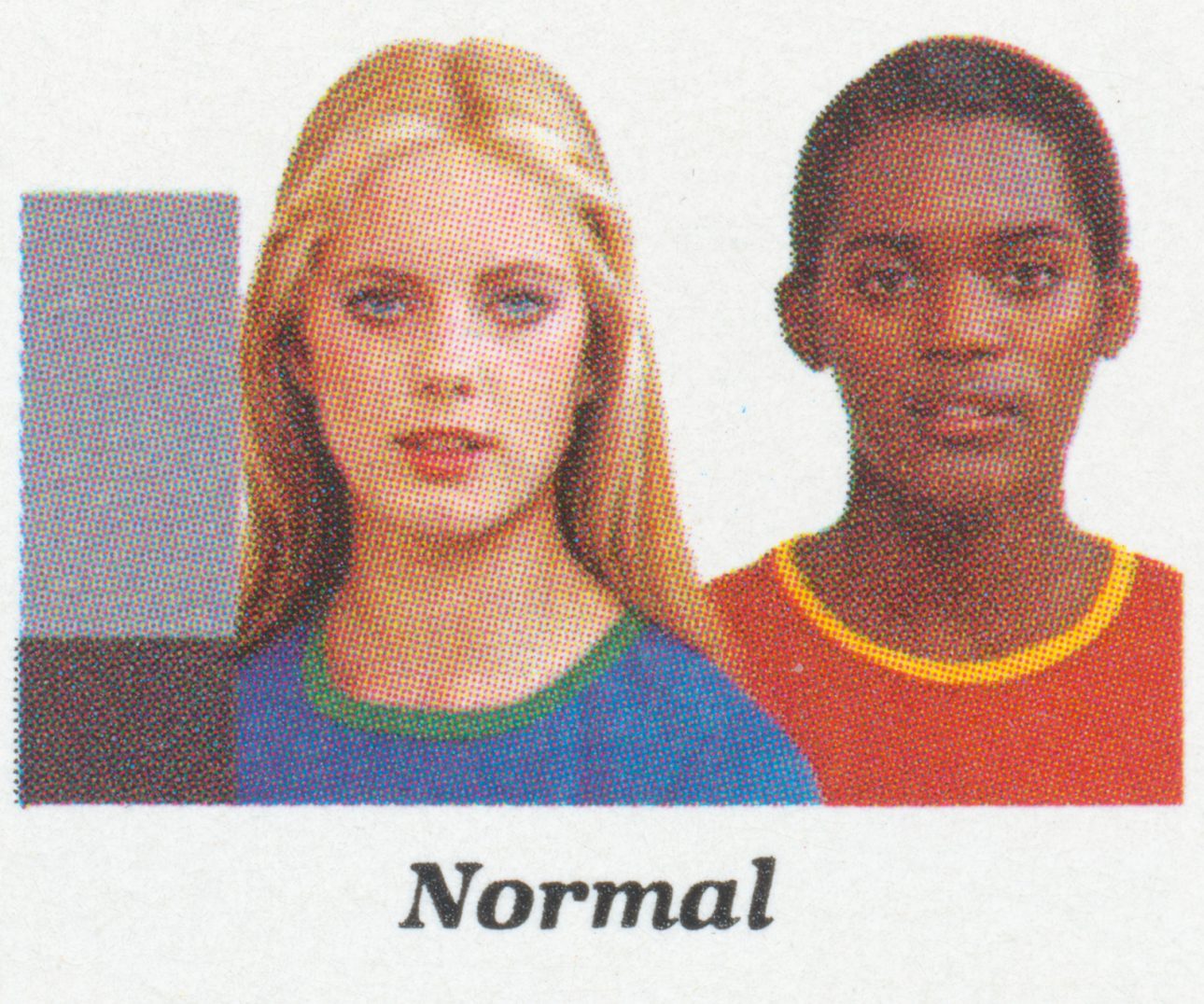 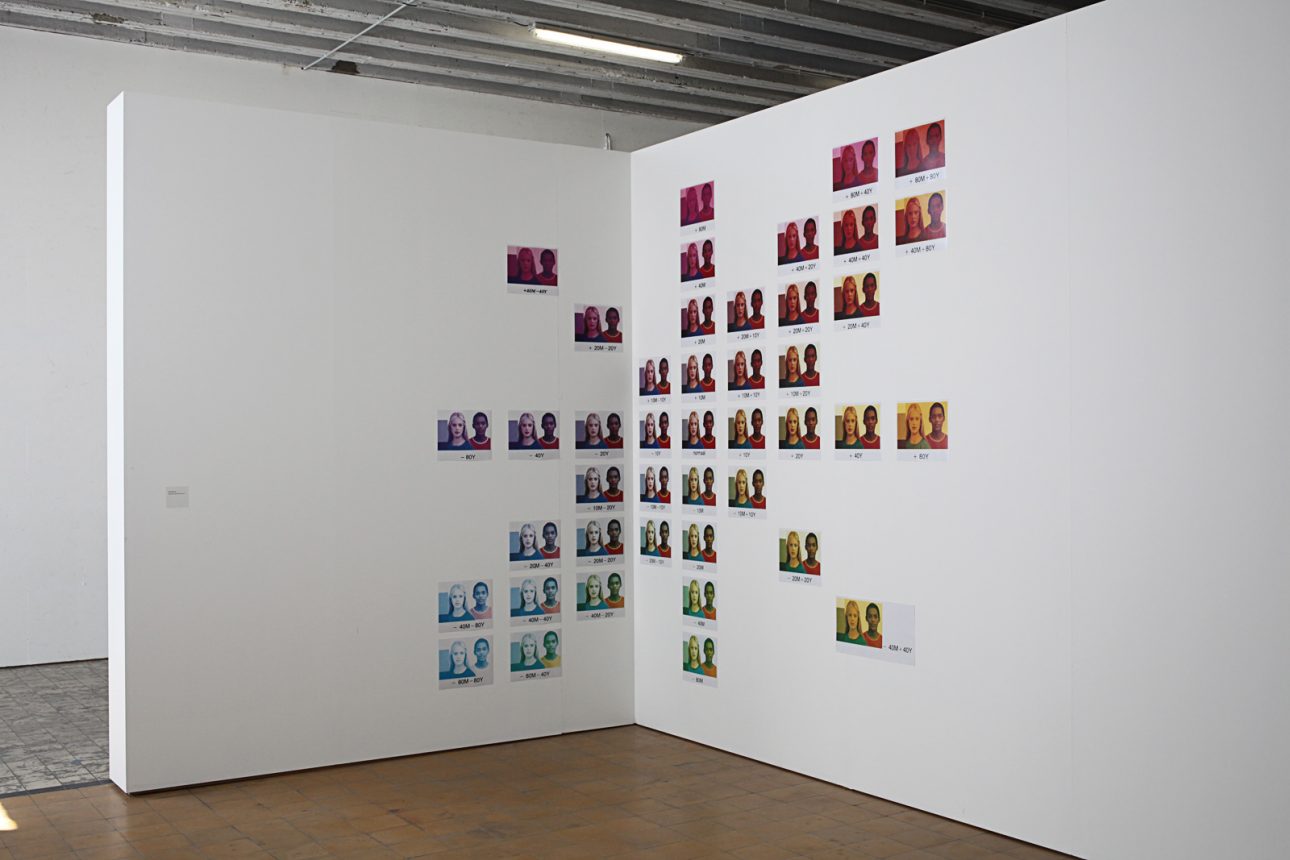