In this work, images from two carousel slide projectors intersect each other and meet in the corner of a room, from where a glass pane (of the same dimensions as the projections) extends outwards at a 45º angle. The transparencies, each showing a person using a development tank, reflect and refract in the surface of the glass. The pictures are taken from a 1970s book on how to make enlargements from colour slides at home. The choice of models announces the publication’s target audience and its aim: to teach a photographic technique that is simple and fun even for children and women. On the right we see a boy absorbed in what is taking place, looking down at the roll in front of him. On the left, a young woman is expertly moving the development tank back and forth with her right hand. Her chin is propped casually in her left hand. Her eyes are deliberately seeking the attention of someone opposite her, such that it is unclear to whom her inviting smile is addressed. In the context of her artistic work, Katrin Kamrau looks behind these images and shows that it is the characteristic feature of photography to face two types of viewer: the photographer and the public. Since the photographer stands at the start of the image-making process, he or she makes the decisions as to the form it will assume, whereby – in the example of Projektion – the appearance of the woman equals a reflection of the photographer’s personal values and ideals. Hence the photographic image is a projection of these values and ideals onto the viewer or reader to whom the image is finally addressed. — Juliane Schickedanz 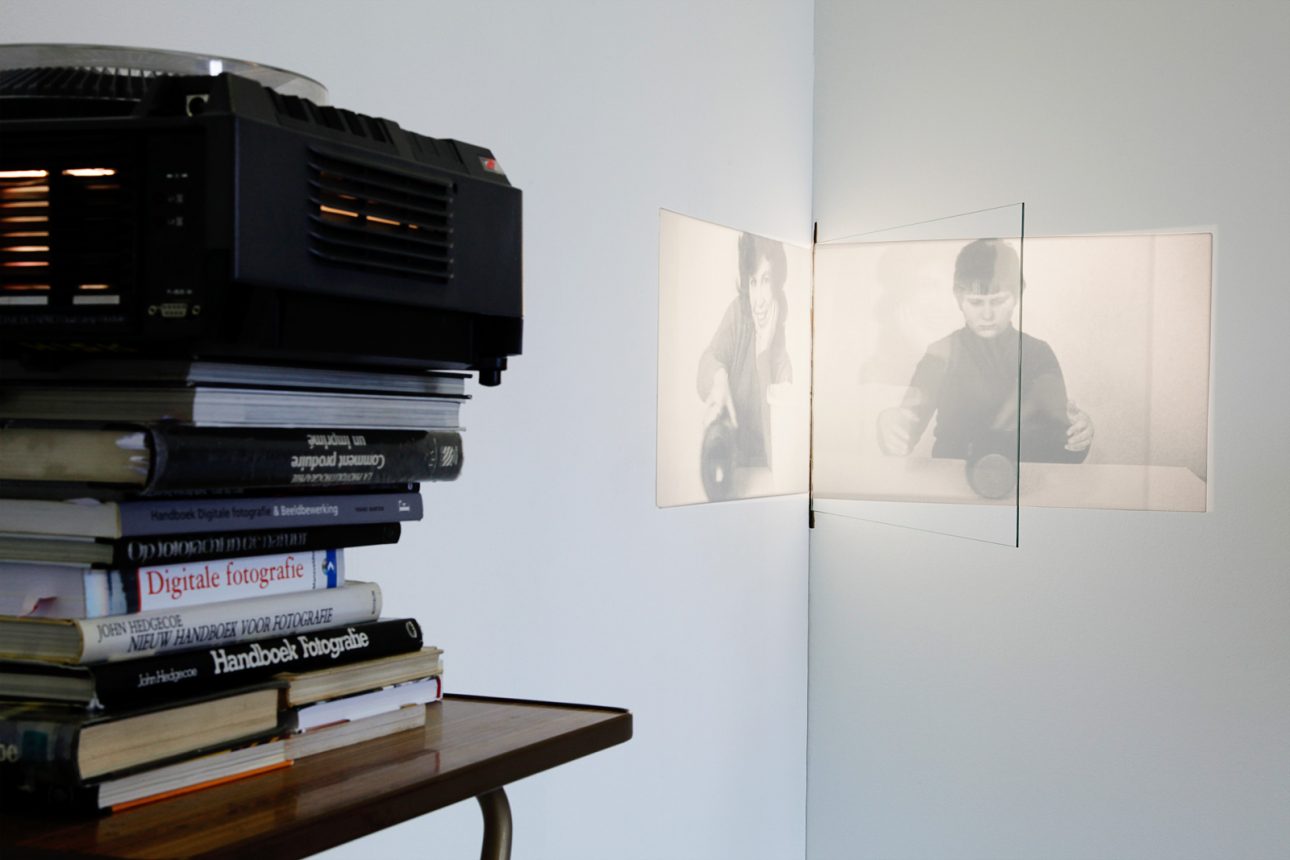 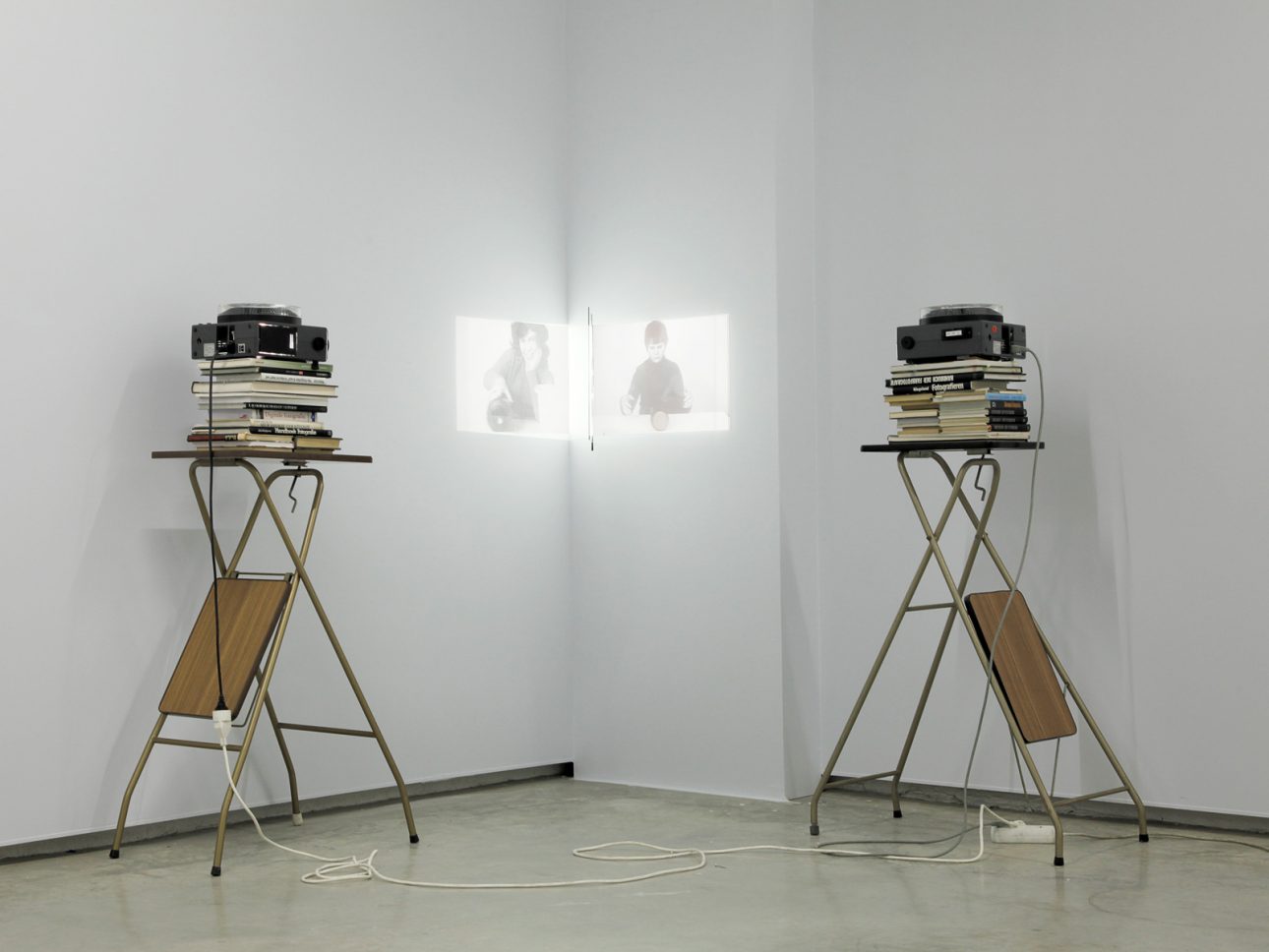 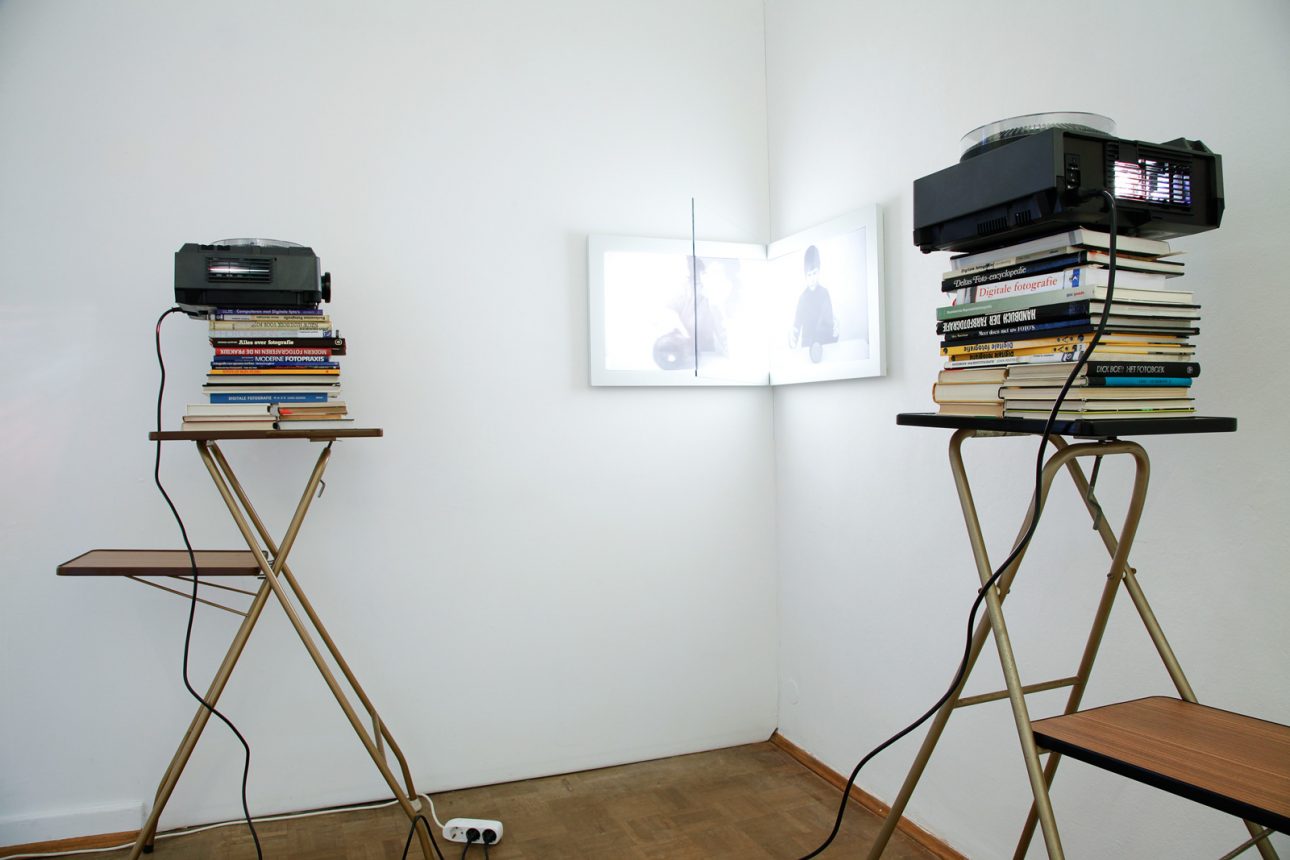 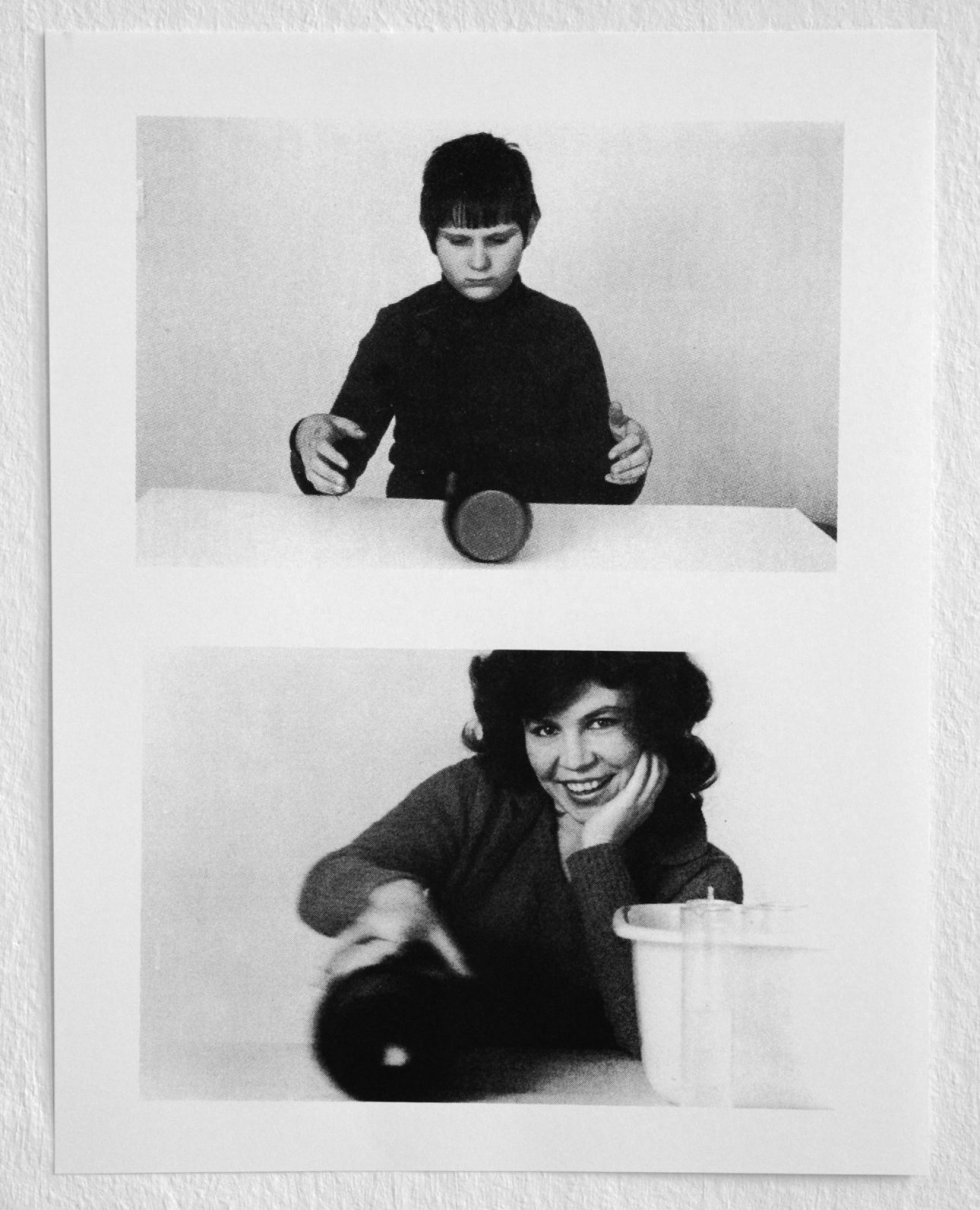